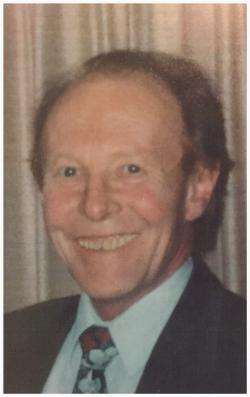 Dr. E.D. (Doug) Crawshaw passed away peacefully at his home in Riverview, New Brunswick on May 4th, 2018 surrounded by his loving family. Doug is survived by his wife Betty (Butler) Crawshaw, sons Peter Crawshaw of Sackville, N.B. and Stuart Crawshaw of Riverview, grand-daughters Catherine and Julia, and sister-in-law Christine Crawshaw and nephew Thomas Crawshaw of London, England. Predeceased by his mother and father Edwin and Dorothy Crawshaw, and his brother, Peter Crawshaw. Born in Calverly, Yorkshire, England, Doug grew up in Manchester, graduating from Edinburgh Medical School in 1962, and emigrated to Canada, completing his Internship in St. John’s, Newfoundland. He married Betty and worked in general practice in Newfoundland and England, before completing his Orthopedic Residency at the Royal Victoria Hospital and Shriners Hospital for Children in Montreal. After a year as a research fellow at the Royal Victoria Hospital, he established his practice in orthopedic surgery in Moncton, New Brunswick, where he was devoted to his patients at The Moncton Hospital for over 40 years. Doug enjoyed the outdoors, first as a mountaineer, and later as an avid gardener. The family would like to thank Dr. Christine Telfer and the nurses of the Extra-Mural Program and the many healthcare professionals who provided him with such wonderful care and support. In accordance with Doug’s wishes, there will be no visitation or funeral service. In lieu of flowers, a donation may be made in Doug’s memory to Friends of The Moncton Hospital.