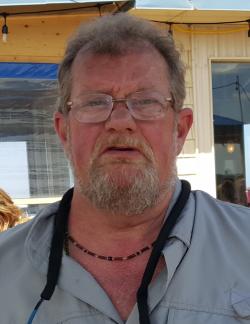 Johnson, Daniel, of Upper Coverdale, passed away on January 4, 2019 at The Moncton Hospital. Born in Ottawa, ON, he was the son of the late Terry and Pauline (Sauriel) Johnson.

He will be missed by his loving wife, Anne Johnson (Hatfield), son, Orian Johnson of Fredericton, sisters; Karen (Sean) Delaney of Ontario, Debbie (Scott) Cameron of Dieppe, brother, Walter "Skipper" (Terri) Johnson of Parrsboro, NS and his many nieces and nephews.

Aside from his parents, Dan was predeceased by his daughter Layla Johnson and his sister Brenda Johnson.

In keeping with his wishes, there is no visitation or funeral service. Arrangements are entrusted to Cobb’s Funeral Home and Cremation Center, 330 Whitepine Rd., Riverview (869-2007). Donations in Dan’s memory may be made to the Moncton SPCA or a charity of the donor’s choice.