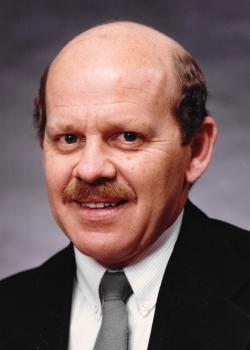 Carl Ross passed away peacefully but unexpectedly in his sleep at home on July 9, 2019 after a courageous battle with cancer.

Carl loved his family and large circle of friends. He and his wife Sue often hosted gatherings at their beachfront home in Grand Barachois, N.B., and he was entertaining right up until the weekend before he passed away.

Carl never failed to see the humor and ironies in the many absurdities of our times, and loved to provoke discussion, often with the help of some mild sarcasm.

Rarely did he have no opinion. He could debate extensively about everything from baseball and his beloved New York Yankees to politics to the philosophy of life.

Though he lived life to the fullest, he was calm and patient. While his death came somewhat unexpectedly, it was also fitting for someone who had no time for drama and was not big on long goodbyes.

He was a loving father who was supportive but not overbearing. He coached his children in sports and preached the value of education while encouraging them to think for themselves.

Carl was born in St. Stephen, N.B., the son of Joseph and Gertrude Ross.

Carl graduated from N.B. Teachers College in Fredericton and was a teacher and principal early in life. He worked as an air traffic controller for many years in Moncton, rising to top management positions in the Atlantic Canada air traffic control system. In early retirement, he turned his attention to volunteerism, serving

as chairman of the then District 15 school board and the board of the Moncton Hospital.

Carl enjoyed curling, golf and bridge. He especially loved to travel. After retirement, he and Sue worked as educators in China, St. Lucia and Brazil. While abroad, he always sought to learn as much as possible about the local culture and society and made many friends in these distant locales.

The family will be receiving relatives and friends at Cobb’s Funeral Home and Cremation Center, 330 Whitepine Road, Riverview (869-2007) on Friday from 6-8 PM, with a service celebrating Carl’s Life to take on Saturday, July 13, 2019 at 10 AM from the funeral home. Donations to The Friends of The Moncton Hospital Foundation or the Canadian Cancer Society would be appreciated by the family.