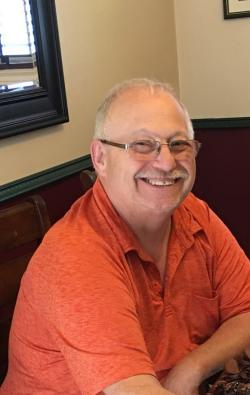 Bill died unexpectantly, peacefully and without fuss or bother. He was the son of William and Olive McFarlane of Havelock, but originally from Penobsquis, NB.

He leaves to mourn his beloved wife of 42 years, Cathy (nee Parlee), his three beautiful daughters; Allisha Ross (Chris), Sascha Bloedow (Adam) and Trisha McFarlane (Tyler).  He was a much loved "Papa" to Noah, Aiken, Maeve, Lliam and Weston.  He will be greatly and forever missed by several nephews and nieces as well as his uncle Norman McFarlane from Saint John.

Bill was one of 11 children: Eleanor (Hollie), Ken (Darlene), Wayne (Lynn), Bob (Bunnie), Jim, Ross (Paula) and Moe (Patricia).  He was predeceased by both of his parents, his sister Shirley, his infant brother Allison and his brother Doug.

Bill formerly worked for CNR for 32 years until he retired in 2009 and was presently employed part time at the Great Northern Auction.

He enjoyed volunteering with Jim Till with the Foresters Group and enjoyed being part of the CN Todd Tournament in Spring.

Bill was a family man who enjoyed gatherings both planned and impromptu with his family and friends.  He enjoyed manning the grill in earlier days. Nowadays, he let the younger men in his life, take over.

Cuddle time with his grandchildren was especially a favourite of Bill's.

Bill enjoyed the simple things in life and enjoyed life each and every day, he left us in his own quiet and subtle way, without fanfare or bother to anyone.

If you are considering making a memorial donation the family has recommended the Living Memorial or a charity of your choosing.