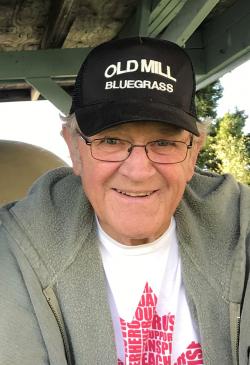 Earl Prosser of Riverview passed away Friday, September 6, 2019 at The Moncton Hospital. Born in Weldon, NB, he was the son of the late Donald and Evelyn (Steeves) Prosser.

Earl has been retired for the past ten years but never idle, Earl enlisted in the RCAF in 1965 and among his many postings he was a peacekeeper in on the Suez Canal in 1976, he left the RCAF shortly after and went into the Trucking business. He enjoyed spending time with his family at their property in St. Martins . Mowing grass and plowing snow were his favorite pass times although he liked anything that would keep him busy. Earl and his wife Esther, had a love for Bluegrass music,  they enjoyed playing  bluegrass with their friends , Earl was a wonderful singer as well as  one of those people who could hear when any instrument was not in tune.

The family extends an invitation for friends to join them for a time to remember and celebrate Earl’s life on Tuesday, September 10, 2019 from 6 – 8 PM at Cobb’s Funeral Home and Cremation Center, 330 Whitepine Rd., Riverview (869-2007). The interment will take place in St. William’s Cemetery, St. Martins at a later date. Online condolences can be expressed at www.cobbsfuneralhome.ca Donations to the St. Williams Cemetery Fund in St. Martins would be appreciated by the family.