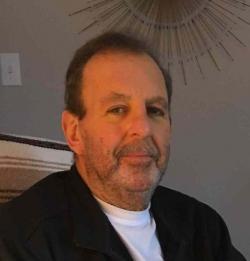 Jean-Louis Bourque (known as Louis), of Riverview, passed away at The Moncton Hospital on Friday, February 7, 2020, after a short illness.  Born in Moncton, he was the son of Euclida Bourque (nee LeBlanc) and the late Gerard Bourque. His true love was his life partner Marsha Harmer of 35 years who will miss him dearly.

Louis was dedicated to his 44 years of work at Robert K. Buzzell, always on the road across the Maritimes, where he connected with clients and built strong friendships with many. In his younger years, he enjoyed his time as a DJ in downtown Moncton. He had a love of football, and he knew how to tailgate.

In lieu of flowers, donations in Louis’ memory may be made to the Canadian Cancer Society.