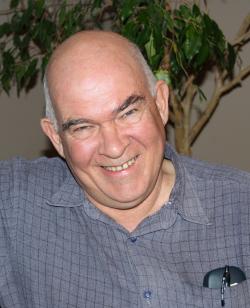 Michael Henwood of Stoney Creek passed away on February 14, 2020 at the Moncton Hospital.  Born in England, he was the son of the Late Arthur Holman and Lily Henwood.  He retired from the Telecommunications Department of CN.  Michael was as handy as a handy man could be, having built his own home. He loved to fix just about anything from TVs to computers and was always "The Neighbourhood Guy" when anything needed to be repaired.

The family will be receiving friends and relatives at Cobb’s Funeral Home and Cremation Center, 330 Whitepine Road, Riverview (869-2007) on Monday from 11:30 am until 1:00 pm.  A funeral service celebrating Michael’s life will take place immediately following at 1:00 pm with Pastors Ed Shaw and Jodie LeBouthillier presiding. The interment will take place in Curryville at a later date.  Donations made to a charity of the donor’s choice would be appreciated by his family.