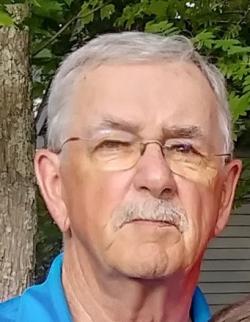 Carl Faulkner of Riverview passed away on Monday, September 7, 2020 at The Moncton Hospital.  Born in Halifax he was the son of the Late Alex and Millie (Little) Faulkner.

Carl enlisted in the Canadian Armed Forces, Black Watch division, at the age of just 16 and held active duty until 1969. Serving in Cyprus and at Alert.  Shortly afterwards Carl then started a long and very satisfying career with Sobeys. Starting as a skilled meat cutter in Nova Scotia (where he first met his future bride) and moving up the ranks over the years finally transferring to New Brunswick and retiring as Director Of Operations. There are still Sobeys employees who will tell you a visit at the store from Carl could be a stressful event only because everything had to be in place, spotless clean and operating to spec. This diligence continued after retirement when Sobeys hired Carl to oversee all their new stores and renovated stores. Carl always said this was the best job and they paid him well (with a grin).

Carl was an excellent home baker you could always count on him to bake a delicious pie or two for family dinners. Always ready to try a new recipe. Holiday dinners, if not prepared by him, were all under his mindful eye and expertise. During retirement Carl liked to travel with Mary, snowbirds for a few years. He enjoyed Golf and sat on committees that raised monies for several charities. An avid hockey and baseball fan (Go Leafs and Jays!) he would travel to TO with Danny to catch a game. Carl was the consummate "biggest fan" to grandchildren never missing a piano recital, concert, hockey, soccer and football ball game. Grampy could always been seen in the stands as proud as a peacock.

His family and friends are left with a broken heart but also many, many great memories that we will always recount and cherish when feeling this huge loss.

A huge thank you to doctors and nurses at the Moncton Hospital and Moncton Oncology unit for their expert care and empathy. Thank you also to Cobbs Funeral Home for their personalized professional support.

Honoring Carl’s wishes, there will be no visitation or service.  A celebration of life with family will be arranged at a later time. His arrangements have been entrusted to Cobb’s Funeral Home and Cremation Center, 330 Whitepine Road, Riverview (869-2007).  Donations made to the Diabetes Association would be greatly appreciated by his family.  Online condolences may be expressed at www.cobbsfuneralhome.ca