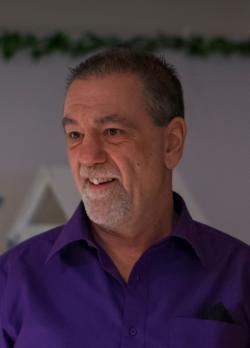 It is with sadness that we announce the passing of Richard Charles Green, of Riverview, on Tuesday, January 12, 2021 at the Dr. Georges L. Dumont University Hospital Centre, at the age of 58, with his wife and daughter by his side.
Born in Moncton, he was the son of the late Cecil and the late Anna (LeBlanc) Green.  Rick was a generous man who loved to make people laugh. He loved bowling, baseball and spending his free time in the outdoors.
Rick will be sadly missed by his wife Lisa, daughter Ashley (nee Green) (Tim) Kearney, Riverview, sons; Ryan Green and Justin Green both of Moncton, stepson Ryan Simpson, stepdaughter Payton Simpson, grand-daughter Fallyn Kearney, and step grand-daughter Kinsley Leblanc.  He is also missed by sisters, Mary-Rose (late Albert) Evers, Moncton, Alice (late Camille) Melanson, Gloria (Raymond) Babineau both from Dieppe, Patsy Leger from Moncton and also by the mother of his children Debbie Lirette.
Besides his parents, Rick was predeceased by sister Betty-Ann Poirier (Leo) (2012) of Waltham, Mass. and brother James Green (March 2020) (late Louise) of Moncton.
In keeping with Rick's wishes, cremation has taken place and there will be no visitation and no funeral service.  A memorial service will be held at a later date. Arrangements are entrusted to Cobb’s Funeral Home and Cremation Center, 330 Whitepine Rd. Riverview (869-2007).
The family would like to send their thanks for all the support and condolences received.