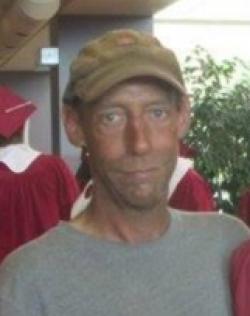 It is with great sadness we announce the passing of Steven Melanson, 49, which happened at the Moncton Hospital on Thursday, May 14, 2020. Born in Moncton, he was the son of Paul and Alma (Gauvin) Melanson.

Steve was a social person who could light up a room with a smile. He loved spending time with his family and friends, sharing stories and laughing with a few cold beers in hand. He was never seen without his ball-cap on and had a common love for cars with many of his friends. Steven worked in construction throughout his career, mainly as a framer and always had a strong passion for what he did.

Besides his parents, Steven was a devoted father to his daughter Katelyn Melanson, a cherished brother to his sister Christine Brown (Barry) and his brother Mark Melanson, and a loving uncle to many nieces and nephews. He will also be missed by the mother of his child, Janet Kane, and his German Shepperd Lucy who was always by his side, as well as his many friends and extended family.

Due to Covid-19, a celebration of life will be announced at a later date. Donations in his memory can be made to The Friends of The Moncton Hospital Foundation’s Oncology Department or The SPCA Moncton.

The Arrangements are entrusted to Cobb’s Funeral Home and Cremation Center, 330 Whitepine Rd., Riverview (869-2007). Online condolences can be expressed at www.cobbsfuneralhome.ca