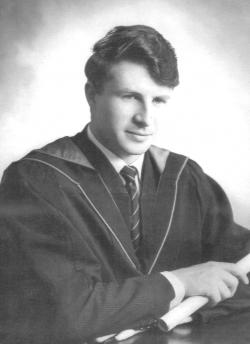 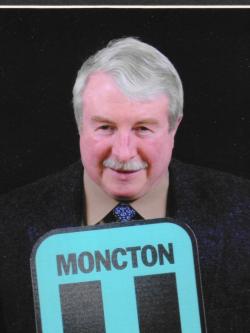 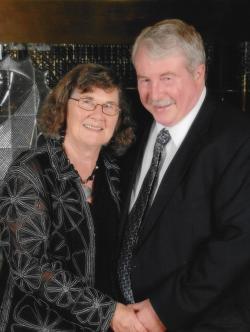 Dr. David Yule of Riverview, NB passed away on January 4th, 2021 at Monarch Hall.  Born in Glasgow, Scotland he was the son of the late David and Jean (Findlay) Yule.

David grew up in Scotland and attended Paisley Grammar School.  He maintained his ties with friends and family through regular visits home and proudly acted as tour guide when they came to visit him in Canada. He continued his education at the University of Glasgow where he graduated with a Bachelor of Science and a degree in Medicine (M.B.,Ch.B.).  Following internships in Scotland and England, he and Barbara set out on a "1 year" adventure to work for the Grenfell Mission, an organization that provided medical services to rural communities in northern Newfoundland and Labrador.  They enjoyed their time in St. Anthony and Happy Valley-Goose Bay where they met many good friends who were also far away from home. One year turned into the next and in 1972 they moved to Halifax where he earned his license to work in Canada (L.M.C.C.) and completed his residency in Paediatrics (F.R.C.P) in 1976.  His first job as a practicing Paediatrician was at the Western Memorial Hospital in Corner Brook from 1976-1980. After many moves, they settled in Riverview in 1980 and he worked at The Moncton Hospital until his retirement in 2008 and at the Georges Dumont Hospital until 1996.  They made many good friends everywhere they lived by becoming a part of each community.  David was proud to work in Paediatrics and was always well respected by his colleagues and the families of children he treated. He was dedicated to his profession and was head of the Department of Paediatrics at The Moncton Hospital and the George Dumont Hospital at various times in his career.  He held positions with the New Brunswick and Atlantic Medical Societies, he also mentored young physicians and served as a lecturer in the Department of Paediatrics at Dalhousie University. He proudly received the Certificate of Merit for New Brunswick from the Canadian Paediatrics Society in 2009.

David worked hard but also valued his time off with family and friends.  He and his family enjoyed yearly March Break ski trips, a tradition that continues with his children and grandchildren.  He had many hobbies including volleyball, golf, swimming and woodworking.  He and Barbara enjoyed playing bridge and Scottish country dancing. He was also a lover of ice cream, good books and fine whiskey.

David lived with Parkinson’s Disease for many years.  He was able to stay in his home thanks to care from Barbara and the Extra Mural Program. In his later years he moved to McNair Manor, then spent time at The Moncton Hospital before living at Monarch Hall in Riverview.  Living with a progressive disease meant that he received medical care from many healthcare workers over the years.  Everywhere he went he received excellent care and kindness and was always pleased when he came across a familiar face from his time at the Moncton Hospital. The family would especially like to thank the staff at Monarch Hall who helped David and his family in his final days.

Due to COVID – 19, a service to celebrate David’s life will take place at a later date.  His arrangements have been entrusted to Cobb’s Funeral Home and Cremation Center, 330 Whitepine Road, Riverview (869-2007).  Donations made to Parkinson Canada or Friends of The Moncton Hospital (Paediatric Dept) would be greatly appreciated by his family.  Online condolences may be expressed at www.cobbsfuneralhome.ca