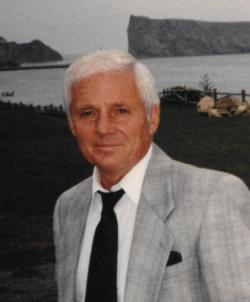 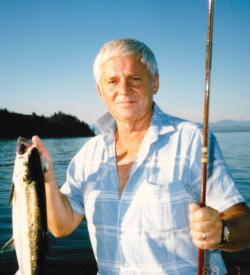 It is with great sadness that we announce the passing of William O’Dell of Riverview on April 25, 2021 at The Moncton Hospital. Bill was born in Saint John, New Brunswick, the only child of the late Beatrice (Scott) and Melbourne O’Dell. In addition to his parents, he was predeceased by his wife, Margaret, son, Stephen and daughter, Brenda.

Bill was a graduate of Saint John High School. Bill loved to share the story of having his first job at six years old where he used a wagon to deliver flowers and from that moment onwards, Bill always held a job. He worked for over 30 years with AVCO Financial Services where he rose through the ranks and retired as the Vice-President for the Atlantic Provinces and Quebec. AVCO was a huge part of Bill’s life where he made numerous lifelong friends and enjoyed extensive travel. Bill and Marg were fortunate to travel throughout Europe, the Caribbean, the United States and Canada. Bill and Marg spent their early years in Saint John and Halifax before settling in Riverview where they raised their children. Bill and Marg enjoyed 47 wonderful summers at their cottage on the water in Souris, Prince Edward Island and 26 winters at their second home in Bradenton, Florida where they took pride in keeping both properties immaculately landscaped.

Bill loved to fish, searching out hidden streams and fishing holes or heading to the wharf, and he shared this passion with his children and his grandchildren. Bill was very athletic and excelled at Baseball in his youth. He played golf over the years and always enjoyed watching a good hockey or baseball game, especially when his children and grandchildren played. In later years, Bill and Marg enjoyed watching  various curling bonspiels. Bill was very proud of his time in Cadets as a youth where he learned to fly a plane. Bill was an avid coin collector, loved a good yard sale find, enjoyed the music of Frank Sinatra and Ray Price, and was the best Scrabble cheater around.

Bill was devoted to ‘the most beautiful woman in the world’, his wife of 67 years, Marg, who he missed terribly every day since her passing in April, 2020. He is survived by his sons Mike (Patti) and Peter (Jennifer), daughter Cathy, and grandchildren Robyn, Austin, Amanda, and James. He will also be fondly remembered by niece, Linda DuBase and Marg’s cousin and husband, Barb and Sterling Huskins, as well as other nieces and nephews and extended family.

Due to the current border restrictions, a service celebrating Bill’s life, will be held at a later date. Donations to the Riverview Boys and Girls Club or a local charity of your choice would be greatly appreciated. The arrangements are entrusted to Cobb’s Funeral Home and Cremation Center, 330 Whitepine Rd., Riverview (869-2007). Online condolences can be expressed at www.cobbsfuneralhome.ca