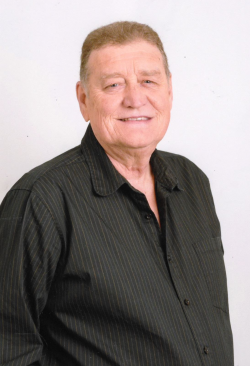 It is with broken hearts that the family of Ed (Edwin) Lane Matchett announce his passing at the Moncton Hospital on Tuesday, July 20, 2021 after a long fought battle with cancer. He was born in Newcastle, NB, on September 8, 1953.

He will be dearly missed by his loving wife and best friend, Dawna; daughters Shelly LeBlanc (Marcel), Janelle Watling, and son Rick Matchett; and his father William (Bill) and his wife Donna; Ed was predeceased by his mother, Mona Violet Matchett (Baisley).

He cherished his two grandchildren who were the apples of his eye, and who he was so proud of: Grampy’s girl and little dancer, Emma LeBlanc, and his hockey player, Noah LeBlanc. When able, Ed hardly ever missed a game, practice, or dance recital.

Ed is also survived by his two sisters Linda Lutes (Kenderick), and Karen Hopper (Kevin), several aunts and uncles, nieces and nephews, cousins, and many friends.He will also be missed by his fur baby, Cooper, and fur grand dog Milo and was hopeful that he would soon be reunited his sweet little Zoey.

Ed was an avid sports fan and cheered for the Toronto Maple Leafs and Toronto Blue Jays. He played baseball, hockey, and curled for most of his life and was a former member of the MCA Curling Club. He had retired from Bell Aliant in 2008 after 30 years of service.

Respecting Ed’s wishes, cremation will take place at Cobb’s Funeral Home and Cremation Center at 330 Whitepine Road, Riverview, NB (869-2007). Donations made to the SPCA of Moncton or to the charity of the donor’s choice would be appreciated by his family. Online condolences can be expressed at www.cobbsfuneralhome.ca.