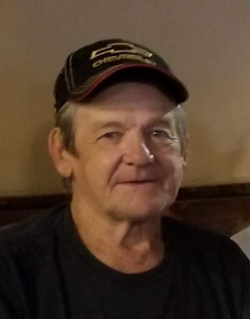 With sad hearts we announce the passing of Michael Power, 70 of Osborne Corner, NB. Mike was born in Moncton, and was the son of Guy and Jean (Clark). He will be greatly missed by his sons Michael (Andrea) and Jason. He also leaves to mourn but with wonderful memories his sisters Rhonda Yeo, Beverly (John) Baxter and his brother-in-law Dennis Price. He also leaves behind his grandchildren Owen (and his mother Kandice), Catherine-Paige (Andrew), Logan (Taylor) and his great granddaughter Drew. Mike also held a special place in his heart for his nieces Rachael (Brent), Becky (Derek) and nephew Nick. Also his great nieces Jessica, Katie, Kaylee and great nephews Jake, Noah and Ashton. Mike was predeceased by his parents, his younger sister Kimmy and his brother-in-law Doug Yeo.

Mike had a great love of stock car racing and he made many friends over the years around the various race tracks. He also enjoyed many laughs around the kitchen table in his later years with the Thursday night gang.

Thank you to Dr. Hudson and all of the wonderful nurses at the Moncton Hospital palliative care unit.

As per Mike’s request, there will be no visitation or funeral. In Lieu of flowers or donations, Mike asked that you do something special for a loved one.