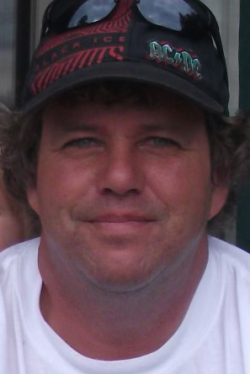 The youngest of six, he was taught the importance and value of family bonds.  While he was not always the best at expressing it, his loyalty and love was at the center of his big heart.  Everyone knew him for his great smile, laughter, and sense of humour.  In true "Richard" fashion, he would stop and talk to anyone, often for far longer than they had planned for!  Johnny’s journey was filled with all that life is supposed to hold.  The way wasn’t always clear, but he often viewed that as an adventure.  And when all else fails – improvise!

He made many good friends along his travels, who shared many mishaps and near misses.  He was definitely a man in motion with a need for speed, whether it be jumping from airplanes, or cruising on 4 wheels, 2 wheels, or snowmobile tracks.  He was happiest when he was moving!  He was never without his huge, slobbering sidekick, the current vintage being Atlas, aka "Sookie Pants", who was always quietly lurking in the backseat of his infamous Yukon, "Christine", each awaiting the next snack.

John was predeceased by his father, Roland ‘Doc’ Richard, his mother-in-law, Donna Melanson, and his older brother, David Richard.

J.P.’s family will be receiving friends and relatives on Saturday, April 16, 2022 from 12:00 – 3:00 pm at Cobb’s Funeral Home and Cremation Center, 330 Whitepine Road, Riverview (869-2007).  Donations made to the SPCA would be appreciated by his family.  Online condolences may be expressed at www.cobbsfuneralhome.ca