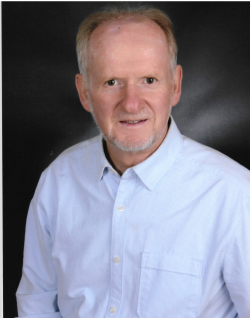 David (Dave) Stephen Moore, 68, of Moncton, passed away at home on June 18, 2022 under the care of the NB Extra-Mural Palliative Care Program, after a well fought 4 year battle with Mesothelioma. He was the husband of his loving wife of 36 years Dr. Shani Jones, and was born in Saint John to the late J. Hawley and Selena (Wagner) Moore.

Surviving in addition to his wife are his brother Jim (Madelene) Moore of Saint John, nieces Lori Anne (David) Baltus and Megan (Steve) Doucette, nephews the Rev. Peter (Patricia) Moore, Darcy (Krista) McKim, and Ryan (Jill) McKim, and several grand nieces and nephews. Dave was predeceased by his sister and brother-in-law Charlotte and George McKim, and by his brother Andrew Moore. Welsh corgis Jenny, Taffy, and Annie were an extremely important part of Dave’s life.

Dave spent his career as a research technician for the Department of Fisheries and Oceans, starting in St. Andrews-by-the-Sea where he met Shani, and moving to Halifax and later to Moncton in 1988. He spent many years working with Atlantic Salmon on the Miramichi River, something that suited his love of nature and the outdoors.

Dave had a lifelong passion for physical activity. No day was considered complete without some form of exercise, preferably aerobic. His early years in Saint John were spent primarily sailing, first as crew, and later in Halifax as captain of his own J24 racing sailboat. The Bedford Basin Yacht Club was his second home, and every regatta on the South Shore was attended. After moving to Moncton Dave fell in love with Cross-Country Skiing. He skied as often as possible and during the summer roller-skied or cycled. He was a founding member of Ski Codiac in the Moncton area, and was also involved in cross-country skiing at the provincial and national level. He was president of Cross-Country NB from 2004-2019 and with this role became involved with Nordiq Canada as a Board member. He received Volunteer of the Year award in 2019 from them for his contributions to promoting  cross-country skiing. When forced to slow down due to his diagnosis, Dave took up striped bass fishing as an activity with his buddy Victor. His other interest in life was the environment and the battle against climate change and global warming.

The family would like to thank all those who contributed to Dave’s care over the last 4 years. The nurses and staff at the Dr. Sheldon H. Rubin Oncology Clinic were amazing, as were the team at Driscoll Extra-Mural Program. We could not have gotten through this journey without you. Special thanks to EMP nurses Andrea Tait, Jennifer Stewart, and Tracy Beal ; caregivers Brian Poirier, Cathy Belliveau, and Susan Titus ; physicians Dr. Mahmoud Abdelsalam, Dr. Bertin Mallet, Dr. Melanise Doucet, and Dr. Pat Phelan.

Donations in Dave’s memory can be made to NB Doctors Cycling Against Cancer, Nature Conservancy of Canada - NB, or Cross Country Ski NB (through Nordiq Canada's website, accessed here).

Due to Covid-19 concerns there will be no visitation. A private service will follow at a later date, and interment will take place in St. Andrews. Condolences can be sent through Cobb’s Funeral Home and Cremation Center, 330 Whitepine Rd., Riverview (869-2007) at www.cobbsfuneralhome.ca

For those unable to attend, the service will be live-streamed and recorded; simply follow this link.