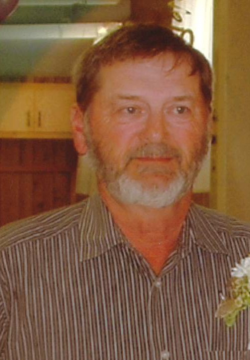 Roger Colpitts of Colpitts Settlement passed away on Thursday, September 22, 2022 at Monarch Hall. Born in Moncton, he was the son of the late Lawrence and Inez (Steeves) Colpitts.

Roger had been employed with NB Power for over 20 years, prior to becoming the third generation to take over the family farm (Colpitts Farms Ltd.). He was an active member of not only his community but the NB Liberal Assoc. the former Colpitts United Church and later St. Paul’s United Church in Riverview. Roger was a member of Coverdale Lodge No. 52 F&AM who will hold a memorial service at the funeral home on Tuesday at 5:45 PM as well as a member of Luxor Shrine of NB.

He will be dearly missed by his loving wife of 63 years, Pauline (Williamson); daughters Heather Faulkner (Alden), Cindy Colpitts, Joanne Auffrey (Don), Pam Hopper (Lorne); his eight grandchildren and eleven great-grandchildren; a sister, Nancy Colpitts  and brother Wayne (Reta), as well as several nieces and nephews. Besides his parents, he was predeceased by a son, Roger Jr., and a sister Gloria Matthews.

The family will be receiving relatives and friends at Cobb’s Funeral Home and Cremation Center, 330 Whitepine Rd., Riverview (869-2007) on Tuesday from 6-8 PM. A service celebrating Roger’s life will take place from the funeral home on Wednesday, September 28th at 1 PM with Rev. Steve Berube officiating. The interment will take place in Colpitts Settlement Cemetery. Donations made to The Canadian Diabetic Assoc. or The Colpitts Cemetery Fund would be greatly appreciated by his family.  Online condolences may be expressed at www.cobbsfuneralhome.ca