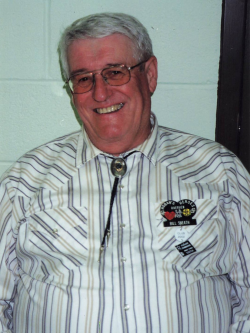 We are sad to announce the unexpected passing of Bill Sneath of Riverview on December 9, 2022 at his home residence. Born in Toronto, he was the son of the late Thomas and Florence (Wynn) Sneath.

Bill was the former operator of the Lewisville Shell from 1982 – 1999, and from 1992 – 2006 was also an automotive mechanics instructor at NBCC. He was an active member of the Humphrey-Lewisville-Sunnybrae Lions Club. In his free time, Bill loved camping, golfing, travelling, and spending winters in Florida.

He is survived by his wife Janet (Crandall), son Bill Jr. (Sandy), stepdaughter Erin Fowlie (Dean), sister Barbara Dinnell, and granddaughter Aislynn Fowlie. Apart from his parents he was predeceased by his brothers Tom and Allen and a stepbrother Roy.

Bill’s family will receive friends and relatives on Sunday, December 18th from 1-3pm at Cobb’s Funeral Home and Cremation Center, 330 Whitepine Rd, Riverview (869-2007). A service to celebrate his life will be held at the funeral home on Monday December 19th at 11am with the Venerable Brent Ham presiding. Masks are mandatory for both events. Donations to the Albert House Hospice SENB, Friends of The Moncton Hospital, or a charity of choice would be appreciated by his family.